“Her loss was later than mine, so it was much worse.”

“I don’t have a partner- no one can understand what I’m going through.” 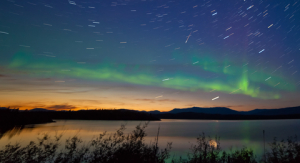 It is simply a human tendency to compare ourselves and our struggles to others.

For those of us grieving babies, this impulse can be one of the primary ways by which we attempt to orient ourselves and provide ourselves with comfort while walking around this new, unexplored planet.  We compare how far along we were in the pregnancy or how old our baby was, what we have experienced emotionally and physically, and how we are coping.  I did this the day I lost my baby twelve years ago, and I do this today as I write this.  It is both the most normal thing in the world and a potentially damaging bit of thinking.

Sometimes the comparison may bring us comfort.  I’ve heard women say things like “at least I didn’t have to make any decisions about ending my baby’s life” or “it would have been so much harder if I had been further along” or “at least I got to see my baby.”  It may give us a sense of perspective that our loss is not the very worst experience we can imagine or have heard about.  It may help us tolerate our own pain to acknowledge that someone somewhere is surviving a worse fate.

Unfortunately, comparing ourselves to others can also hurt us. This is because it’s never quite a fair comparison between our rich, complicated lives and circumstances to those of another.  Especially when the reality is we may not really know that much about some one else’s experience. Additionally, these comparisons may create distance between people who may be in a great place to support each other.  While leading multiple pregnancy loss groups for women, I had an up close picture of the different ways we use comparisons between ourselves and others in processing our grief after losing a baby.

In the pregnancy loss groups that I’ve led, some of the women had recurrent early miscarriages and some had later losses (after twenty or more weeks’ gestation).  A few of the women had delivered babies so prematurely that they lived only minutes or hours.  In some ways, it was a powerful link for a woman to feel that another in her group experienced a similar type of loss or losses.  To share the heartbreak of what it had been like to get the best news of one’s life, only to have hopes crushed with the onset of early bleeding, formed a bond.  Similarly, when someone had lost a baby most of the way through a pregnancy, a process often accompanied by physical and emotional trauma, it could bring comfort to them to hear that someone else had survived something similar.

All of these differences mattered or had the potential to matter to any given group member at any given time.  It periodically made the group very challenging.  The feelings of envy, guilt and isolation were often expressed as people noticed a difference that they thought made someone else’s experience better or worse, more or less hopeful, or more or less survivable.

The glue holding the group together, though, was a simple bond.  All of these women were grieving a baby (or babies) to whom they were attached.  They all grieved someone for whom they had feelings of love and about whom they had been excited, someone for whom they were willing to try rearranging their lives, someone so small and yet so big that the loss had left them rearranged.  The attachment and loss had carved out a space inside them and they were somehow connected to one another through those spaces.

And that’s what made them people of the same planet.  This was a group of people who could understand each other’s language and customs, even if they were not immediate relatives.  These women shared many of the same feelings of sadness, anger, guilt, confusion, envy and anxiety.  Their self-esteem and identity had taken a beating because they had started out on the road of pregnancy and dropped off the map before reaching the place where they had a living baby.   They inhabited a planet where life without their baby was hard, sometimes seemingly impossible.  They were in a  place where life meant living in a body that was missing someone or something, with hearts that were split open, but where minimal tangible evidence of what was lost remained.  Seeing the shared pain opened up them up to feeling compassion for each other, which often helped them to foster self-compassion.   It gave them something to recognize, feel and tolerate together.

When comparing our losses, just like our lives, we are all comparing apples to oranges. Differences are real but they may not be the most useful thing to focus on.  In this time of your pain and vulnerability, it may help to notice who can bridge the difference and be with you where you are.  The bridge between you and another may be made by a shared life experience that shaped something inside you in a similar way or it may be the empathy and skill that enables another to come find you where you are.  Try to notice who is emotionally available to you.  Let that person (or people) help you by being in this with you.  You are like no one else but you’re not alone.

3 thoughts on “Comparing our Losses”