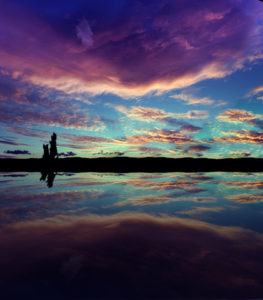 “Just for a moment, let’s be still.”  The Head and the Heart, Let’s Be Still

In the first couple of weeks after I lost my baby, I wrote some poems.  Prior to that time, I hadn’t written poetry since high school and never voluntarily.  It was not and is not “my thing”.

One of my poems was basically a fantasy about how I could have “fought back” against the events at the hospital after getting the news that something was going wrong with my pregnancy.  In my reimagined version, instead of cooperating with the medical monitoring to determine that my baby had no heartbeat, having labor induced and allowing myself to be escorted through the labor and delivery process, I instead overturned the equipment, picked up a rock and then used it to shatter the scene.

Looking back over 14 years later, I can read a lot into that poem.  But the visceral memory and accompanying word that stands out for me today is vulnerable.  I remember lying in the hospital bed feeling emotionally and physically exposed to the elements.  It was this state that preceded and led to those thoughts about fighting back.  I remember sensing that I had no defenses, no power and had no ability to do anything of consequence.

Baby loss puts us in a state of vulnerability.  Not the kind of vulnerability where we may choose to take a risk in the service of personal growth.  More like the ground shaking beneath your feet, house spinning in the tornado, canoe going over the waterfall version of vulnerable.  It’s involuntary and overwhelming.

When we are in such a place, we are beyond protecting ourselves in the usual and customary manner.  The walls are down throughout the castle and the bad thing can find us.  It may be loss, hurt, trauma or all of the above.

After losing a baby, we may (consistently or episodically) have a strong impulse to do something.  We may have a strong desire to undo our loss, however unrealistic that may be.  We might feel a need to take the advanced placement course in grief so we can do it faster and better and get back to the life we were expecting.  We may have an impulse to make a quick decision to begin trying again for another baby.  Or maybe we feel compelled to return to work as soon as possible in order to bury ourselves in something other than the pain and fear that is our grief.

It is perfectly understandable that at such a time, we may feel a need to take action and we may need distractions.

We may also at times need something much quieter to help us heal ourselves.

If you’ve ever taken a yoga class, you probably remember the final pose called Savasana or  “the corpse” pose.  After whatever style and duration of practice–complete with conscious breathing, seeing the world from different physical perspectives and stretching with varying intensity– we are instructed to lie down on our backs with eyes closed, limbs loose, palms up and to release any remaining tension in the body.

From a physical point of view, the corpse pose seems to be one of extreme vulnerability.  We choose to temporarily make ourselves immobile and blind while stretched out on the ground among other people.  Our hands are empty and open.  And rather than being vigilant about the whole thing, we are instructed to relax.  It’s a seemingly simple exercise that can go deep.  Some say it is a time to let the mind and body process what has happened in the session.  Some say it is a time to focus on nothing and meditate without the distraction of movement.  I’ve heard more than one teacher call it the hardest pose.

Richard Rosen, in the online version of Yoga Journal (Aug 2007), states that “in corpse pose, we symbolically ‘die’ to our old ways of thinking and doing”.    He also advises us to “Remember the words of the great sage Abhinavagupta:  ‘Abandon nothing.  Take up nothing.  Rest, abide in yourself, just as you are.’”

After my loss, I was not so much into the idea of abiding in myself.  I wanted to resist what had happened.  Failing that, I wanted to do something to rush through the awful looking season of grief in front of me.  I’ve seen this look and impulse now in so many faces–  the one that says “I need to get out of this feeling- NOW.”

Following a drastic injury to our lives, we may experience the need to fight back with all we have.  Not taking action may feel weak, and exacerbate a sense of vulnerability.  If grief is going to be a long journey, we may feel like we should hurry up and get on with it.  But despite the rush to feel something else, there might be reasons to take a moment to slow down or be still.

After having our heart broken we usually aren’t ready to be in the fast lane for anything.  It’s hard to heal when we’re always in motion.  And grief is known to be a generally exhausting time in which we need fewer responsibilities and more support.  We need time to rest and time to consider how to tend to ourselves in our lives without our babies.  We also need to practice bearing our feelings, not just avoid them.  What may seem like a time of extended vulnerability may actually be a time of gathering strength.

So whether we see it as a time to practice getting stronger, a meditation or just taking a knee in respect for the part of us that is gone, we may need to find a way to pause and be with ourselves for a bit.  We may even need to lie down and let the ground hold us as we practice just being.  We may need to have times where we see former parts of ourselves die just a little and witness the passing before considering the next part of life. 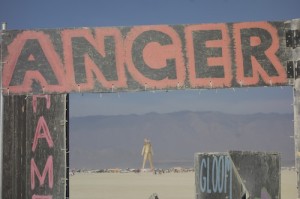 “My doctor/nurse/midwife/doula/hospital did something that made things worse and I can’t forgive them.”

Anger is an emotion that can make us squirm with discomfort.  We worry about being rude, mean or just appearing less than “nice.”  Many women, in particular, don’t get a lot of practice acknowledging or expressing anger.  Whether or not we feel comfortable speaking about our anger after a loss, however, it’s likely to be a part of our experience.

One of my favorite descriptions of anger after loss is from the novel “Luscious Lemon” by Heather Swain.  In this excerpt, the narrator, who has just experienced a miscarriage, reluctantly attends a baby shower for a relative:

From the living room, I can hear the squeal of women’s voices cooing over rubber nipples and car seats.  As I peek in on the scene of my slavering aunts and cousins gathered around Trina in full bloom, I wish that I had the technical knowledge to construct a bomb out of a Diaper Genie, Enfamil and tiny plush toys.  I imagine the whole place exploding in one giant poof of confectioner’s sugar and me escaping through an open window, shimmying down the drainpipe to freedom.

Sometimes we find ways to express our anger outside of words.  One night when I was facilitating a pregnancy loss group, I recall the group members describing various ways of coping with their anger including screaming, breaking things, and for one woman, going to the rifle range and shooting until exhausted.  They all expressed relief from their actions.  Although a bit embarrassed at the beginning of the discussion, they gathered steam and disclosed more throughout the session.  Through their disclosure, they had normalized each other’s feelings.  They expressed comfort knowing they were not alone in their bouts of fury.

This is not a time when you have to decide if your anger is justified.  A good start might be to just notice your feelings.  We often treat anger as a “hot potato” and worry that the expression of it will hurt us or others.  As long as we are not lashing out or otherwise doing injury to ourselves or others, anger isn’t necessarily something that has to be lassoed and managed.  It may be the one emotion that makes you feel alive and active right now.

If your anger is focused on the behavior of another, forgiveness may be useful.  This is not in order to be some kind of superior being or do-gooder, but for your own sense of peace.  Fred Luskin is a psychologist who writes on the concept of forgiveness and how doing so decreases stress and increases happiness.  If your anger at another is taking away from what you want in your life, it may help to look at the work of Luskin and others to work through steps to forgiveness.

Anger is only a feeling.  Like any other feeling, it’s just looking for a way to be expressed.  Experiment with not feeding or starving anger, but just acknowledging it.  Find a way to express your anger that works for you.  You may want to verbalize your feelings to people or write a journal entry, letter or blog.  Your anger can be expressed through art, hitting a pillow, exercising (as appropriate to your physical condition), or ripping something up.

If you are behaving in a way that is hurting yourself or another with your anger, find some support to learn to work through it in another way.  If your anger involves feeling hurt by another, consider whether you want to help yourself through working on forgiveness.

Further Reading:  Forgive for Good:  A Proven Prescription for Health and Happiness by Fred Luskin, PhD