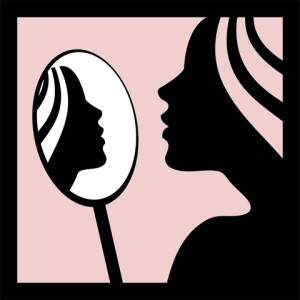 “In the social jungle of human existence, there is no feeling of being alive without a sense of identity.”   – Erik Erikson

“People look at me differently now.”

Seeing who we are at this time helps us to orient to our moral compass, desires and place in the world.  It also gives us a starting place to connect and be known to others.  Social media is one example of how people put out who they are to both define themselves and be a part of something bigger.  In the vast world of blog and twitter profiles, people identify themselves by gender, race, sexual orientation, marital status, personality traits, profession, hobbies, geographical location, political affiliation, pets, etc.  (Part of the “etc.” I recently encountered was “peripatetic”.  If, like me, that word hasn’t been part of your working vocabulary, you may want to look it up- it’s a good one to have in your pocket.)

Sometimes life events may shift how we view ourselves.  Many of the men and women I see after a perinatal loss talk about feeling profoundly changed as a person as a result of the loss.  These changes may feel dramatic and difficult to describe.  There are the permanent aspects of a changed self (e.g. I had a baby who died), those that are more fleeting (e.g. I am physically recovering from a miscarriage) and pieces that may be much harder to categorize.

For example, a woman who has gone through the nine month physical and psychological process of pregnancy is certainly not the exact same person she was before she became pregnant.  If things have gone well up to that point, she has been attaching to a child and preparing to parent that child and her identity has changed accordingly.  Yet, if her baby dies at birth, she may wonder if a childless mother is still a mother or if she has become something else.  Additionally, when a woman experiences a traumatic loss at a hospital, the medical setting and focus may leave her feeling more like a medical patient than anything else- as though the physical challenges were the main issue instead of the crisis of losing someone dear.

Not everybody who has experienced a perinatal loss feels that he or she is a parent to the lost baby.  But for many, it is a clear and important part of who they are.  It has been noted by a number of people that there is no word to describe a person who has lost a child or children, whether during pregnancy or later in life.  Nothing along the lines “orphan” or “widow” or “widower” to indicate that someone is missing and that the surviving person is living with an absence.  Maybe this has something to do with baby and child loss previously being a much more common experience.  Whatever the reason, it can lead to bereaved parents feeling like outsiders in a world that does not recognize them or their baby.

Many people have spoken to me about the trouble they have answering the question “Do you have children?” or “How many children do you have?” after a loss.  The question can highlight a conflict or incongruence between how they see themselves- whether as a parent, bereaved parent, grieving person or a new, not as yet named category of being in the world- and how they expect to be perceived by others.  It may not always feel appropriate to launch into the longer explanation of our reproductive history and losses in the grocery check-out line or on the street, but I think it’s important to ask and attempt to answer for ourselves who we are now.

So, who do you see in the mirror today?  It’s probably a complicated question under any circumstances.  For those of us who have had our hearts broken by baby loss, the lens with which we view ourselves and the world may be a little (or a lot) different than it was.   You may be clear about who you are in the aftermath of your loss or you may be in the process of putting the pieces together.

You may see yourself as a person in a crisis transition, a grieving man or woman, a mom or dad missing a baby or in some other way.  Whether you want to announce it on Facebook, share it with close family and friends or just acknowledge it to yourself, you might benefit from asking yourself and listening for the authentic answer.  Seeing who we are right now is another way of respecting ourselves and our process.  It also often opens our eyes to others who are in the same place.  Making eye contact with that person in the mirror can help us to know our needs, communicate about ourselves and find our way in the world.