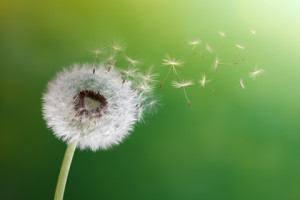 Grief seems at first to destroy not just all patterns, but also to destroy a belief that a pattern exists.  –Julian Barnes

It’s so curious: one can resist tears and ‘behave’ very well in the hardest hours of grief. But then someone makes you a friendly sign behind a window, or one notices that a flower that was in bud only yesterday has suddenly blossomed, or a letter slips from a drawer… and everything collapses.  –Colette

You begin to cry and writhe and yell and then to keep on crying;  and finally, grief ends up giving you the two best gifts:  softness and illumination. —Anne Lamott, Small Victories:  Spotting Improbable Moments of Grace

When I was in college, I lived for a time in an old house with four other women.  We were all students and most of us knew each other from volunteering together at the local crisis center.  One day the house phone rang and I answered it.  It was Skip, who was the boyfriend of my roommate Sheila.  Skip sounded uncharacteristically serious, asking me if I would please go check on Sheila.  He was very short on details, also uncharacteristic of him, but repeated that he would appreciate it if I would check on her.

I hung up and headed down to the basement that contained Sheila’s room.  It was dark down there– I never understood how she and the other woman who lived in the basement could stand it.  As I started to go down the creaky stairs I began to hear unnerving sounds– snuffling, ripping, swearing and crying.  I started to question my choices regarding communal living and answering telephones.  I liked Sheila very much, but I was not feeling comfortable with my mission and worried about what I would find in her room.

I started to call her name as I got closer to her door, softly, then louder when she didn’t seem to hear me.  After hearing a yelping sound that I thought might have been an acknowledgment, I opened the door.  Sheila, red eyed and wet faced, was sitting on the floor surrounded by pieces of white fuzz.  It seemed like the stuff was everywhere– stuck to her hair, her clothes and around the room.  It took me a while to figure out that she was destroying the thick fuzzy robe that Skip had given her.  It took me longer to figure out that Skip had just broken up with her and that as she was shredding the robe she was alternatively throwing the pieces around her room and blowing her nose in them.  It took me years longer to notice how Sheila had done exactly what she had needed to do, and a good job of it.

Crazy is a word that gets thrown around a lot.  Sometimes it’s used as a slang term for a person who mentally ill or behaving in a mentally ill manner and sometimes it’s just used to describe something out of the ordinary.  Sheila’s behavior to me was a big hit of that second kind of crazy– both regarding the range of her behavior that I had previously witnessed and what I had seen in general during my young midwestern life at that point.  But mentally ill?  Not hardly.

I often hear from those who are grieving a baby loss that they are worried about being crazy.  Sometimes they are referring to their behavior, such as making an angry comment to a coworker who has been complaining about her child or spending hours driving aimlessly, afraid to go home.  Sometimes it has to do with their thoughts, such as feeling hopeless about the future or being convinced that their previous mistakes in life are to blame for the death of their baby.  These are actions that they feel they wouldn’t have done before, thoughts and feelings that they can’t control as much as they would like and experiences they view as unacceptable.

When your life is hit by an unexpected and devastating pile of pain such as losing your baby during or after pregnancy, it’s pretty impossible to maintain your composure at all times.  Defenses, which both protect us and get in our way, are down.  General internal resources are taxed.  Big stuff is being processed.  The result can be a bit of psychological and behavioral off-roading and it can be unnerving.  People may scream and cry and fluffy matter may be thrown around the room.

On grief we are all shape shifters and it’s hard to know what shape you’re going to be today.  You are going to different places inside of yourself and sometimes it will show in unusual behavior, whether you’re alone or with others.  Sometimes you just don’t have it in you to be socially appropriate or to make others around you comfortable.  It might even be a small relief as you depart from your normal behavior of worrying too much what others think of you.  Whether it’s startling or not, all expressions of grief are movement.  It may be a rocky and unexpected path, but it’s still the path.  And pretending it’s better or different than it is will not take you through this, it just delays the start.

Baby loss is certainly not the same experience as a relationship break up.  But I think the fear of behaving crazy in the midst of grief is a common concern.  We notice we’re not drawing within the lines sometimes and it’s scary.  Of course if your thoughts or behavior are really worrisome or harmful, it’s time to check in with someone (friend, family member or professional) and figure out what you need.  I’m not saying that concerning or potentially injurious behavior never happens, just that in my experience it’s much more common that people worry about showing up in an unexpected way in the world, looking weird and being unacceptable, than actually being in a dangerous place.

From what I could see, Sheila moved through her grief and breakup with Skip just fine.  She was a sad version of Sheila and then she was just Sheila.  The last I heard she had a wonderful family, rewarding work and the same full-on approach to life.  My guess is that the flying fuzz incident doesn’t register as a terribly significant event in her past.  The time sitting on the floor with her that day, however, made a lasting impression on me.  It made me question restraint in the face of grief.  It made me want to be more me, whatever that meant, in the moments when I’m hurting.  It made me remember Sheila, letting her beautiful grief flag fly, and all the better for it.